THE BEST FOOTBALL PLAYERS AMONG FINANCIERS WERE DETERMINED IN ALMATY 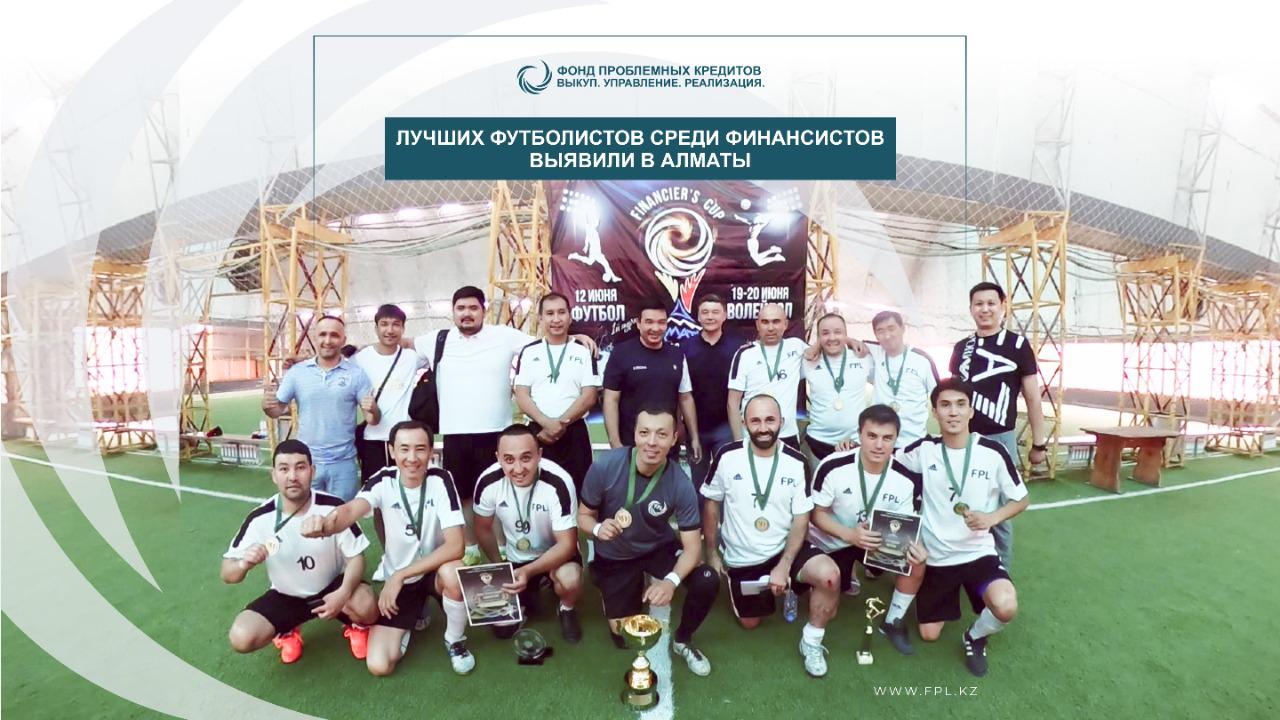 The main award of the tournament was won by the team representing Otbasy Bank JSC. The silver and bronze medals were shared by the teams from Problem Loans Fund JSC and Jusan Bank JSC.

The winners of the tournament and the distinguished players were congratulated and awarded by the Deputy Chairman of the Board of Fund of Problem Loans JSC Aidar Uvaliyev.

Recall that the Problem Loans Fund was established in 2012 to assist in the recovery of the national economy by improving the quality of the loan portfolios of second-tier banks by repurchasing non-performing assets, as well as involving the repurchased assets in the economic turnover through recovery and implementation.